Consumed Future Spewed Up as Present, 2018

"Architecturally the exhibition is orchestrated as a spatial narrative in three visually and physicially distinct zones. The first space has the feel of a changing room or lounge area, and in this setting Hestelund presents a series of works entitled Carriers, a kind of leather uniform designed for bodies of more or less human shape.
The viewer is then led through a pyramidal passage that heightens bodily awareness -not least through the presence of an indefinable aroma created by a blend of oils believed to cleanse, protect, and ease fear.
In the final zone at the end of the passage marble sculptures balance between something bodily recognisable and alien. Some resemble body parts, others cocoon or fossils. Dressed in constraining harnesses or resting self-sufficiently in their cool, smooth nakedness, they appear as personalities equipped with names like Ai CM_03B3, Mantodea CM_04B4, and Nasuia PR_01A2." 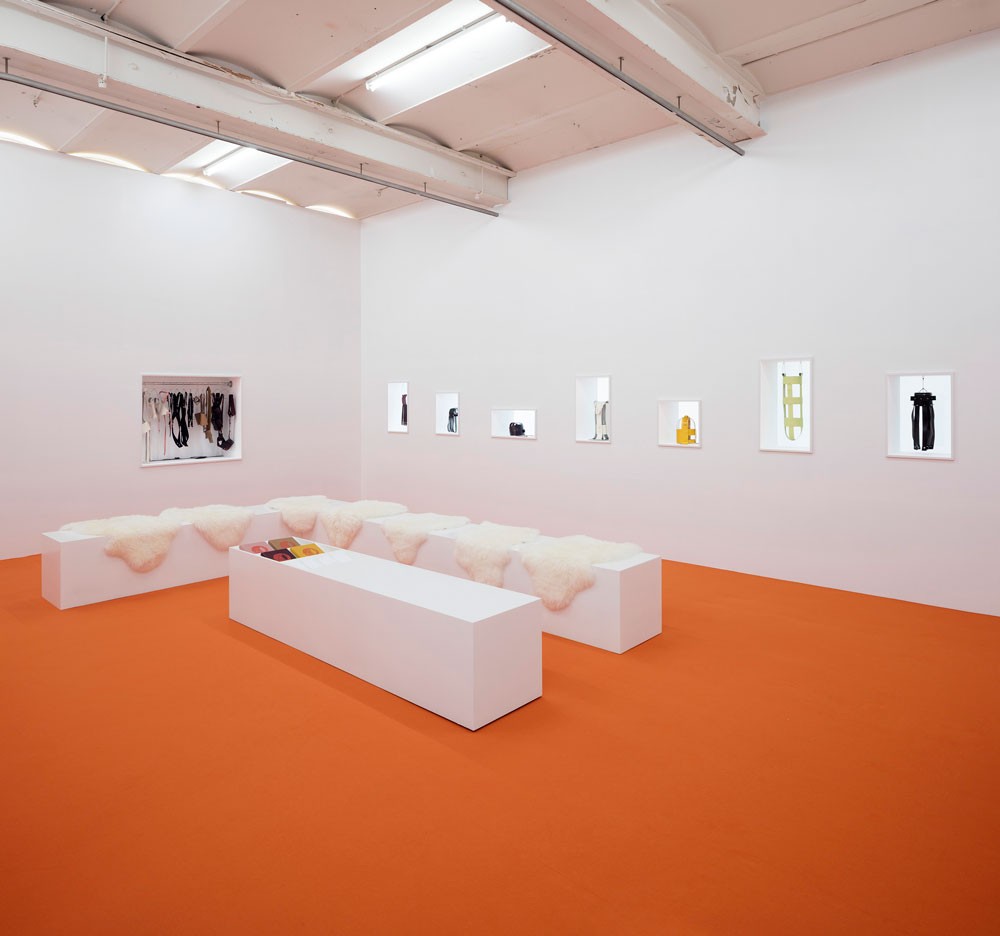 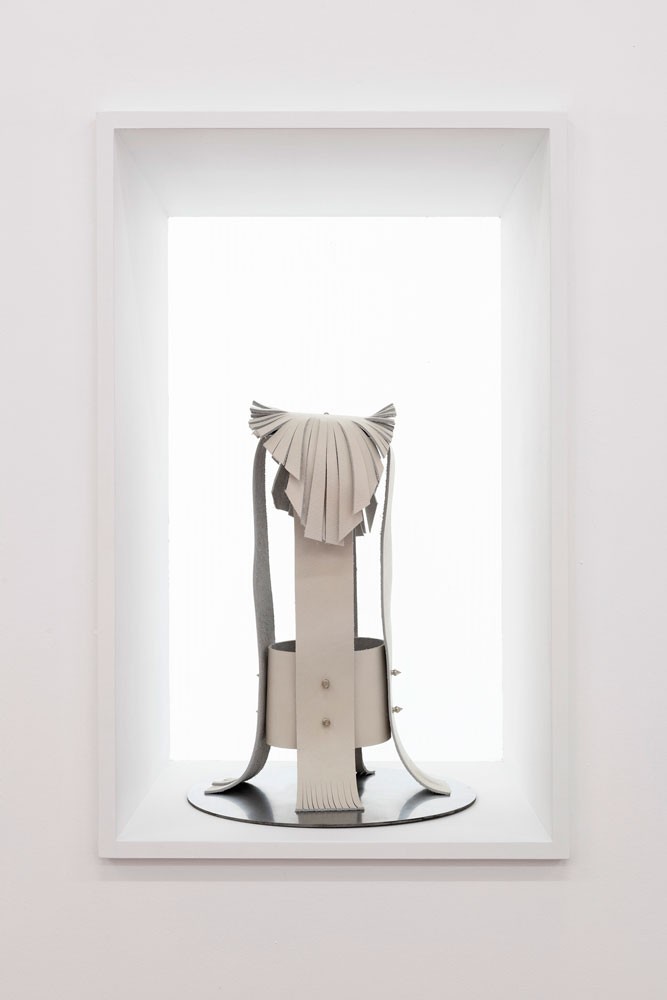 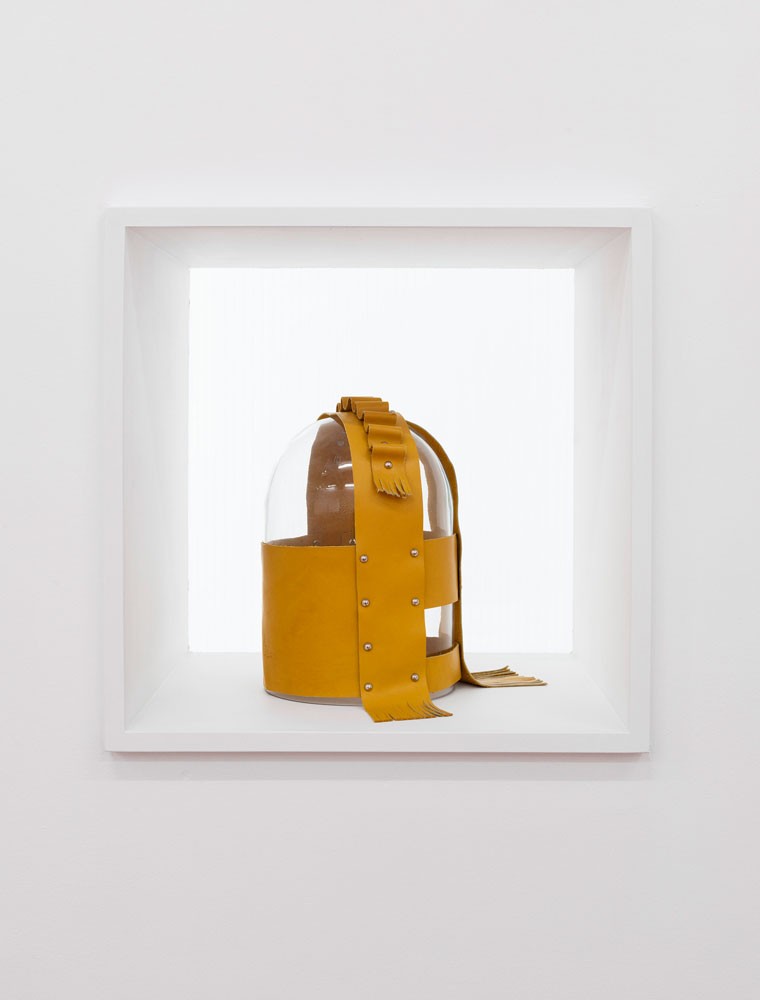 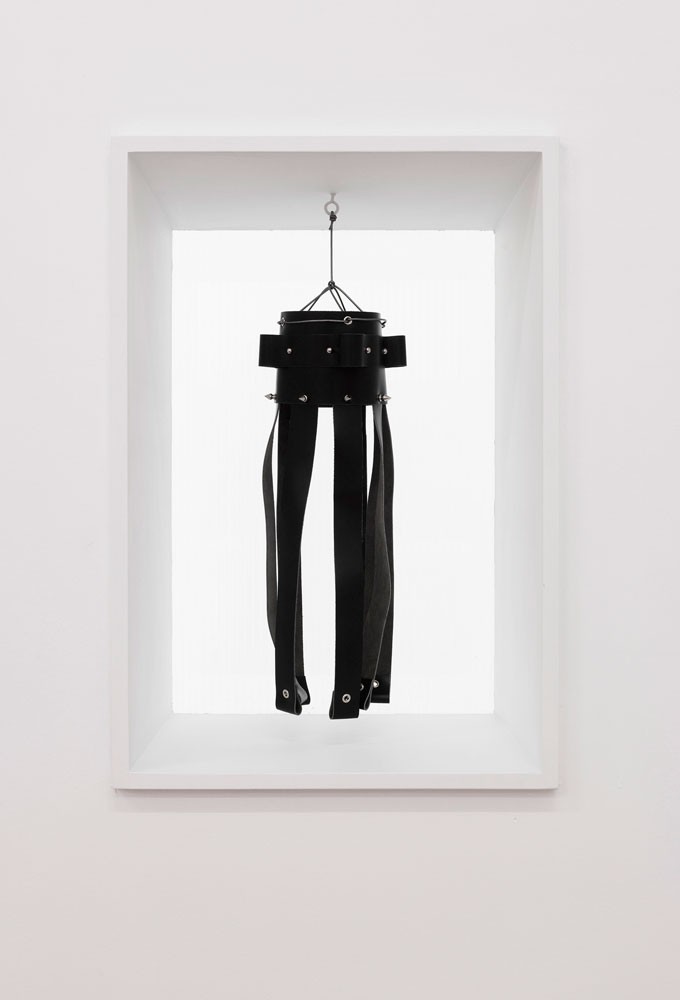 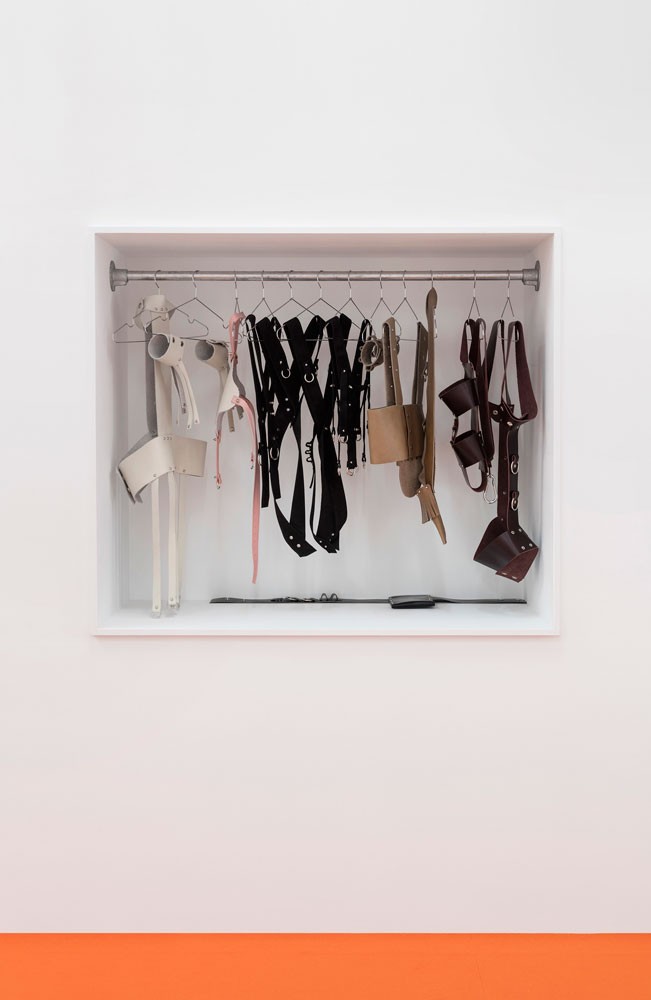 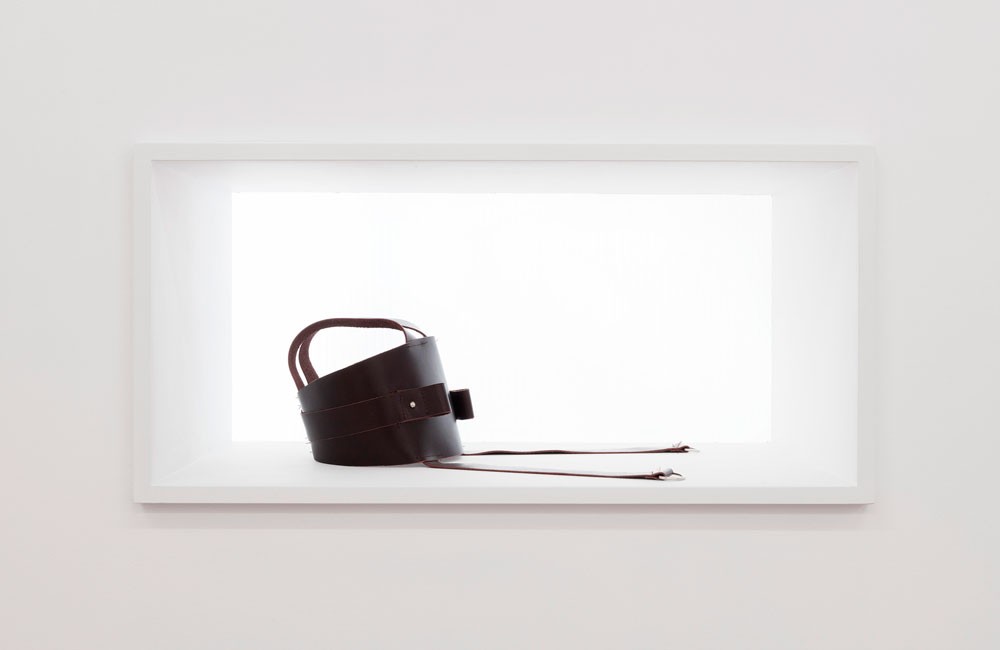 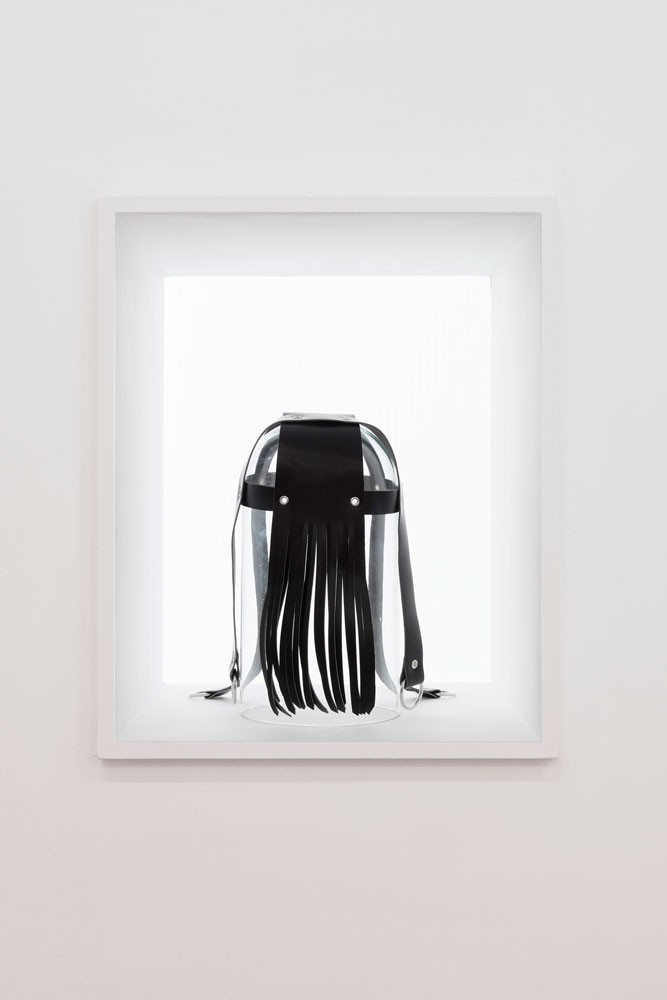 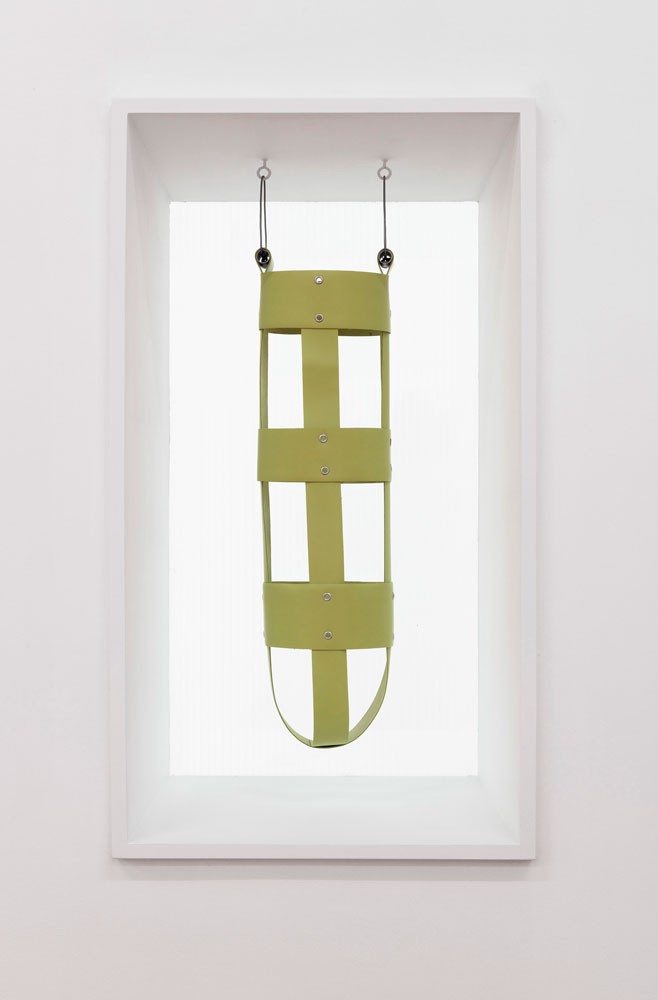 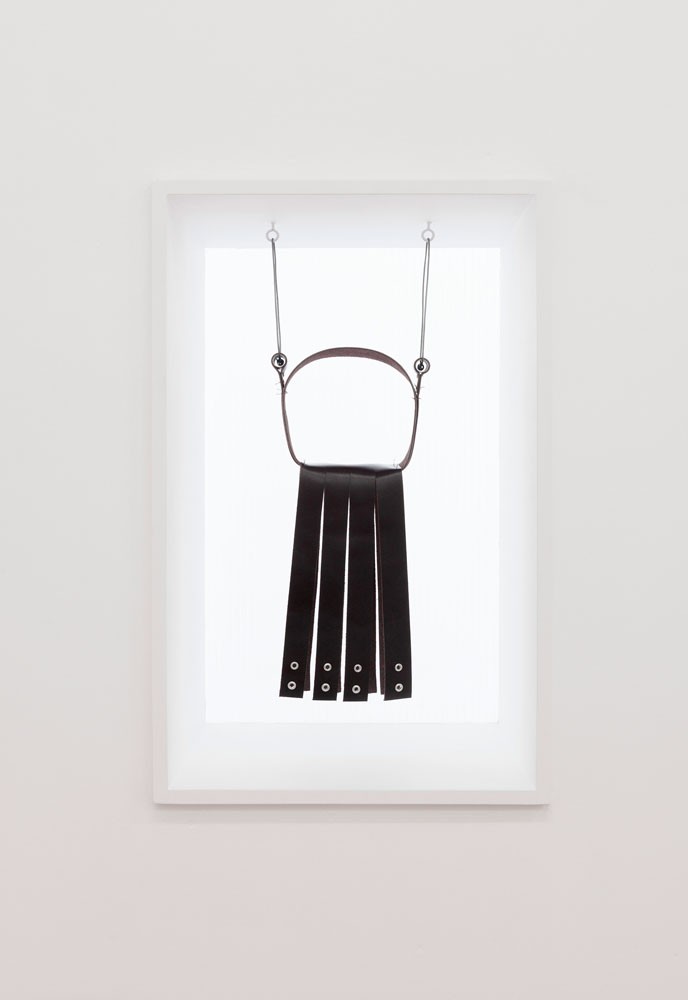 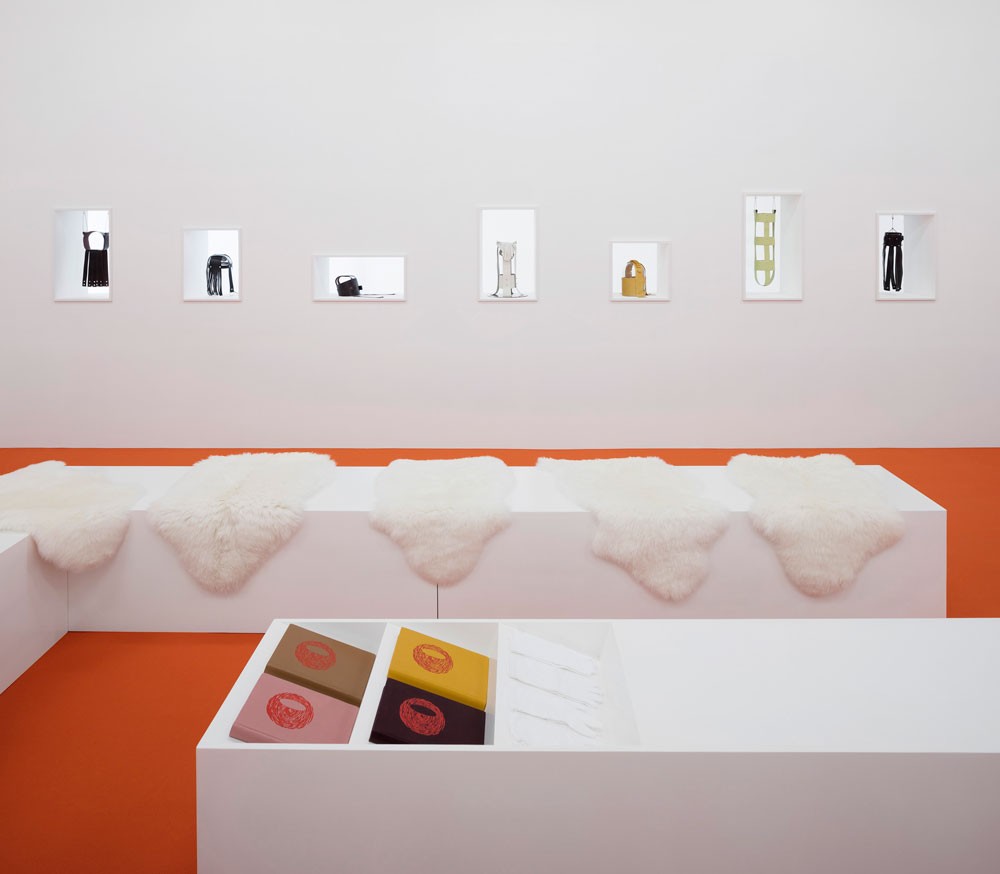 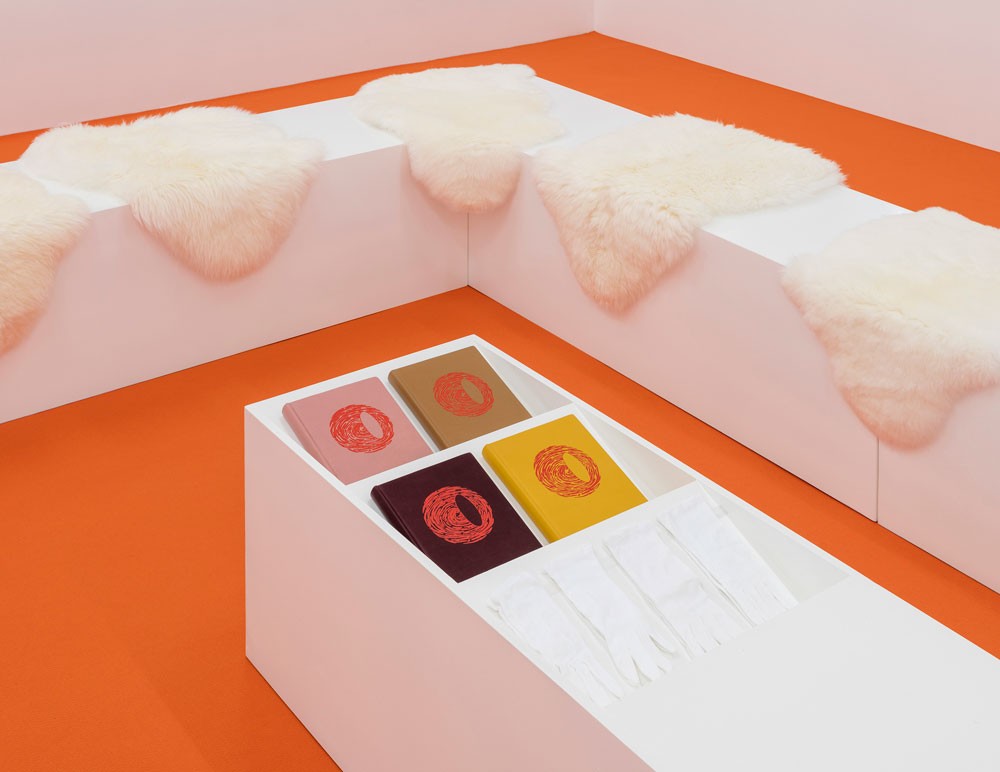 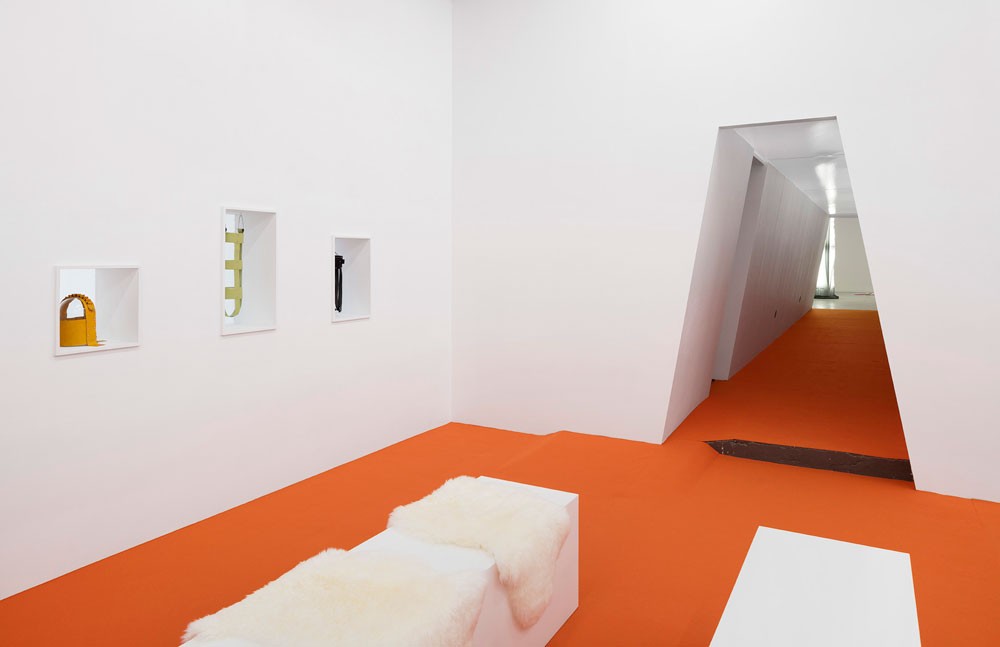 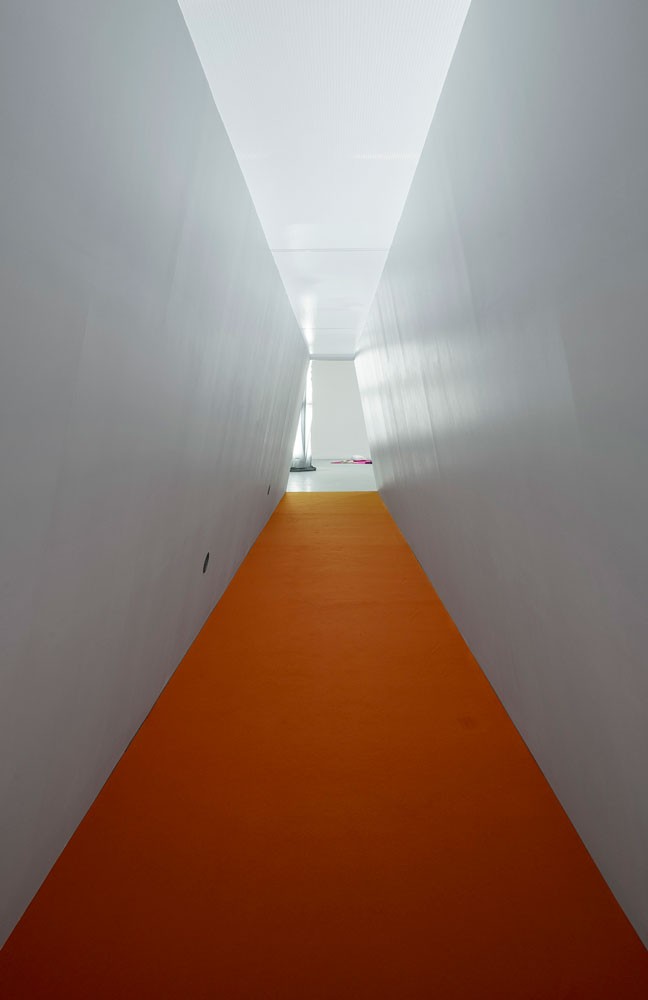 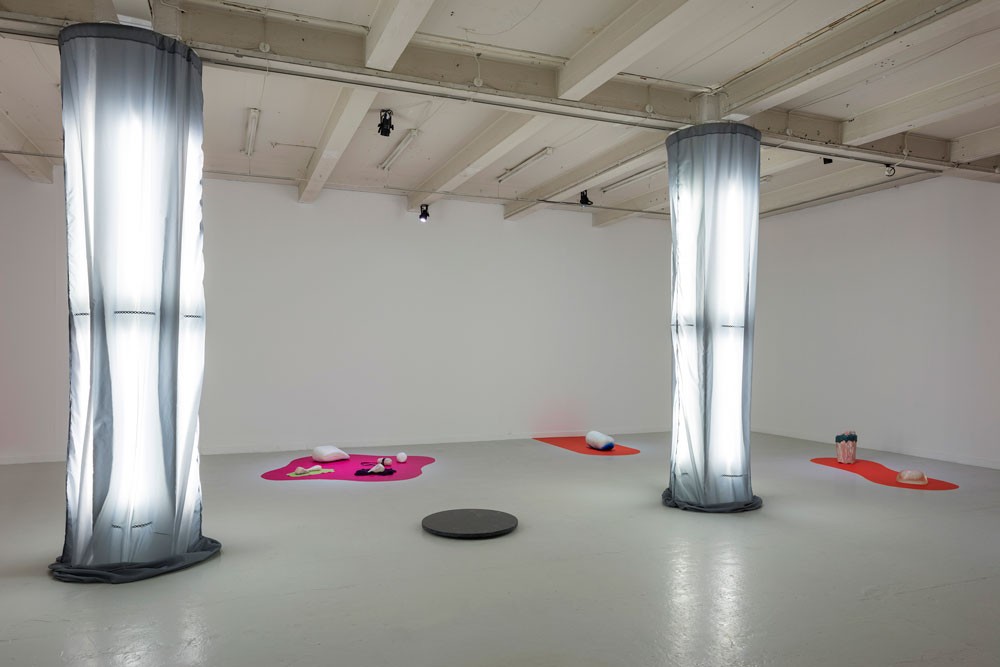 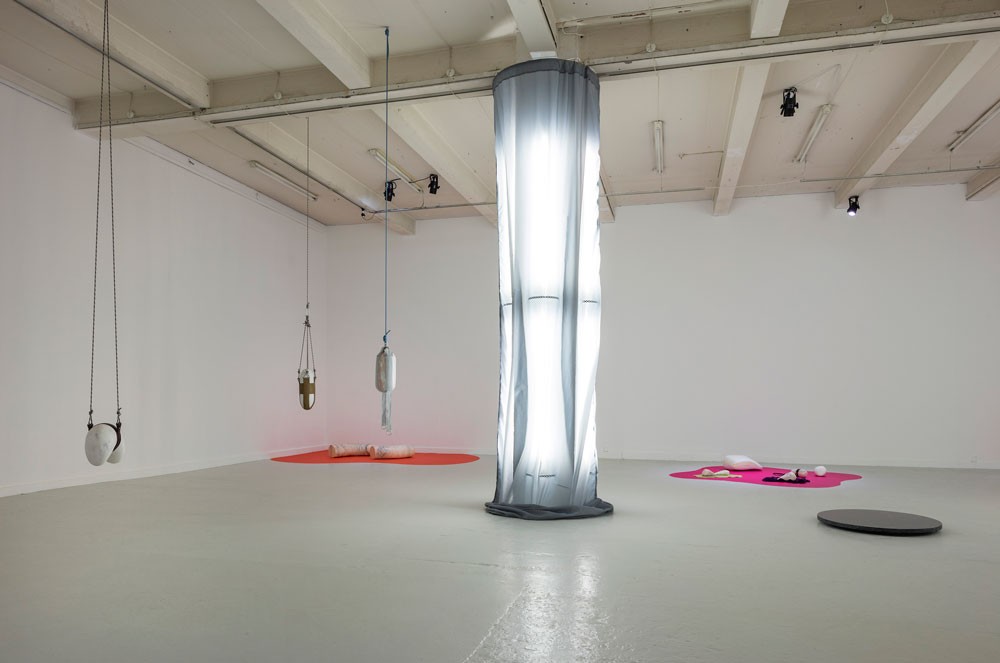 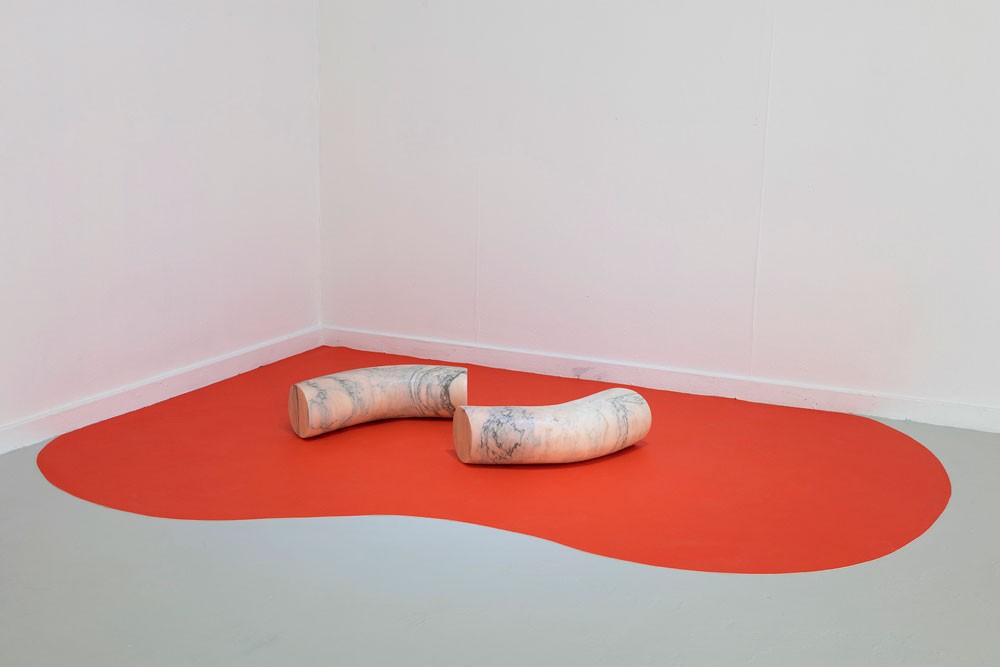 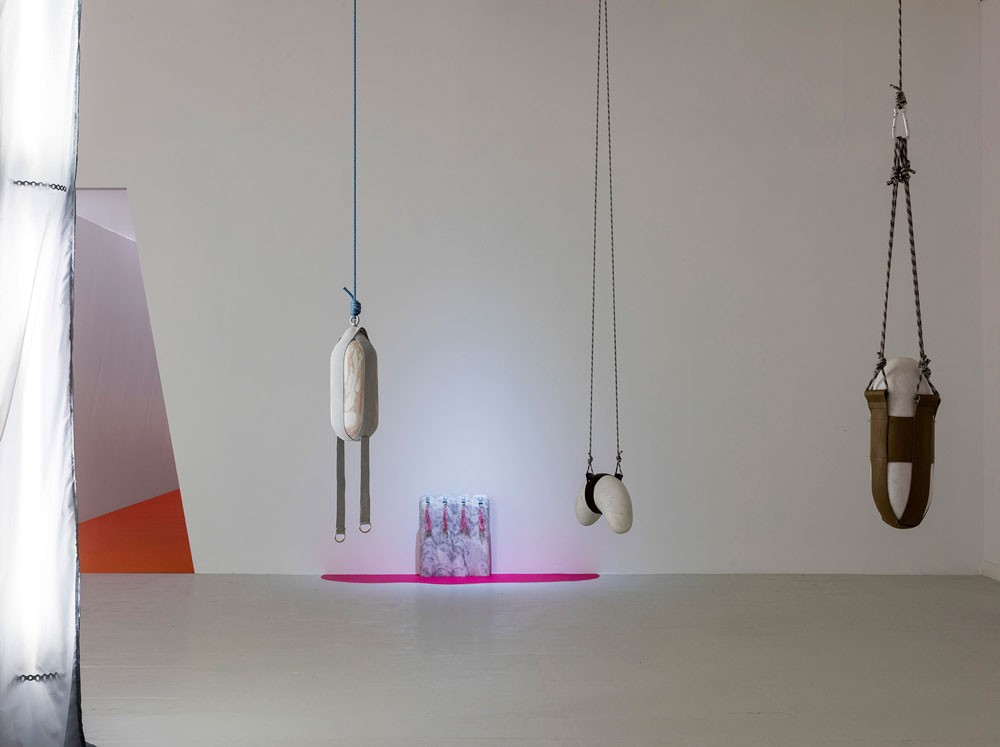 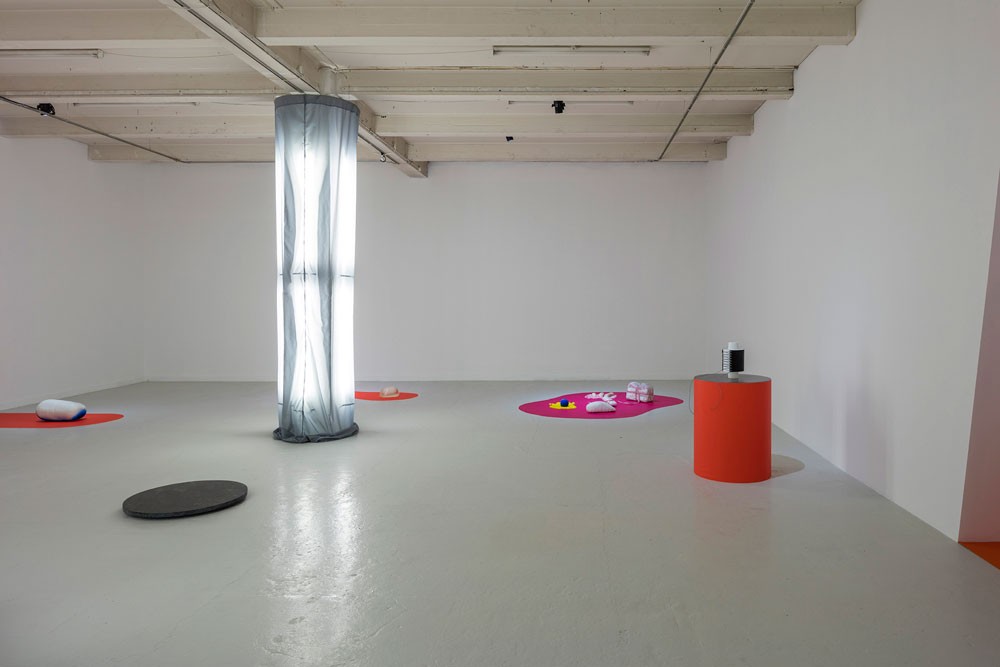 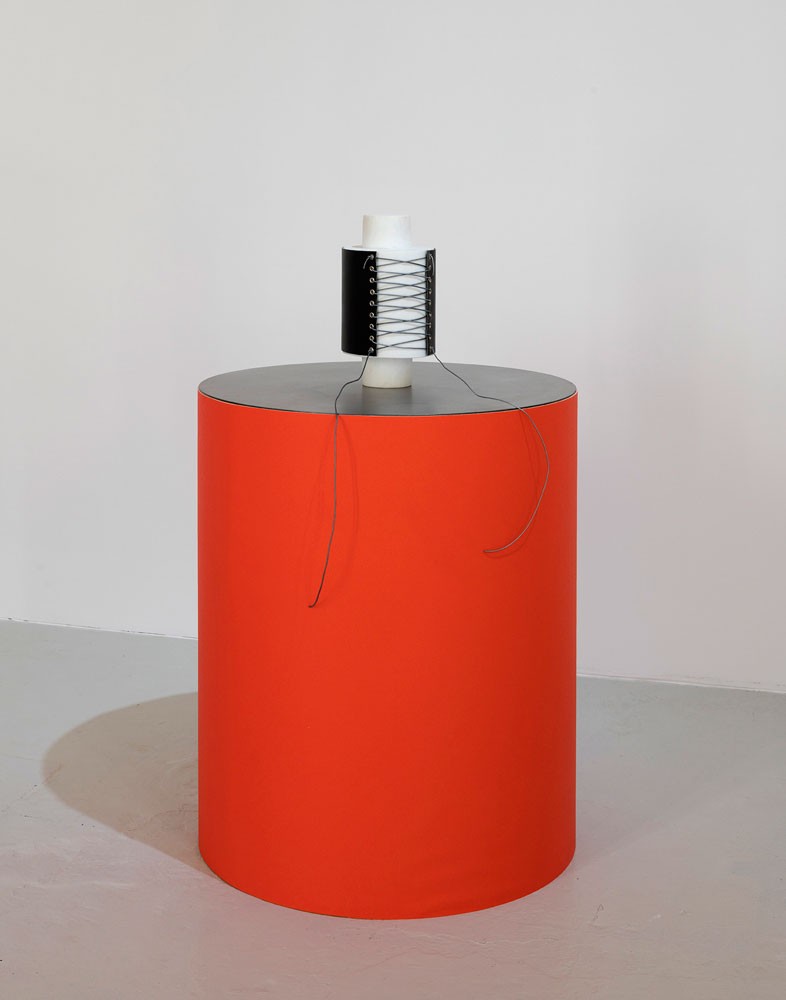 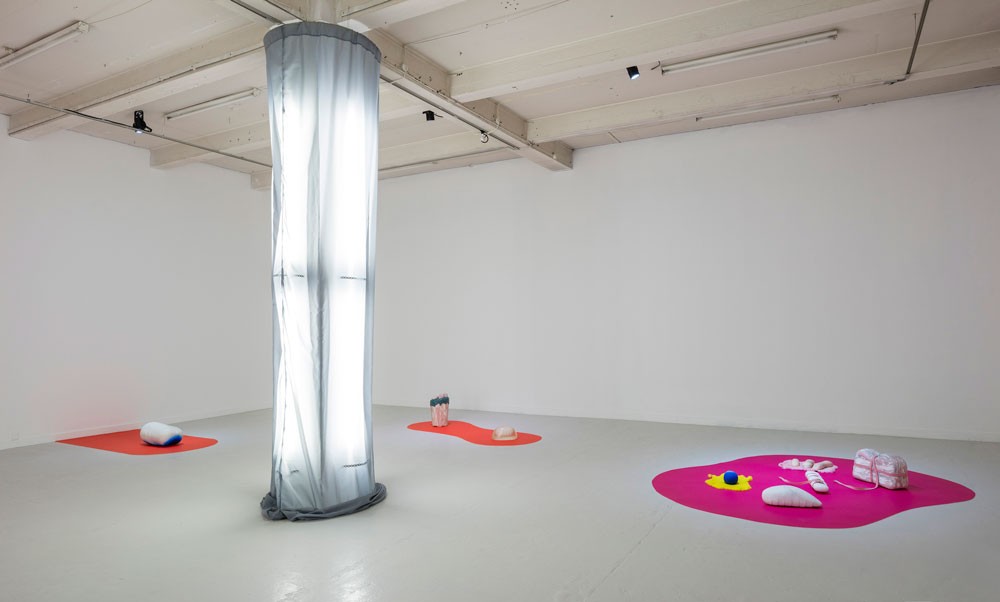 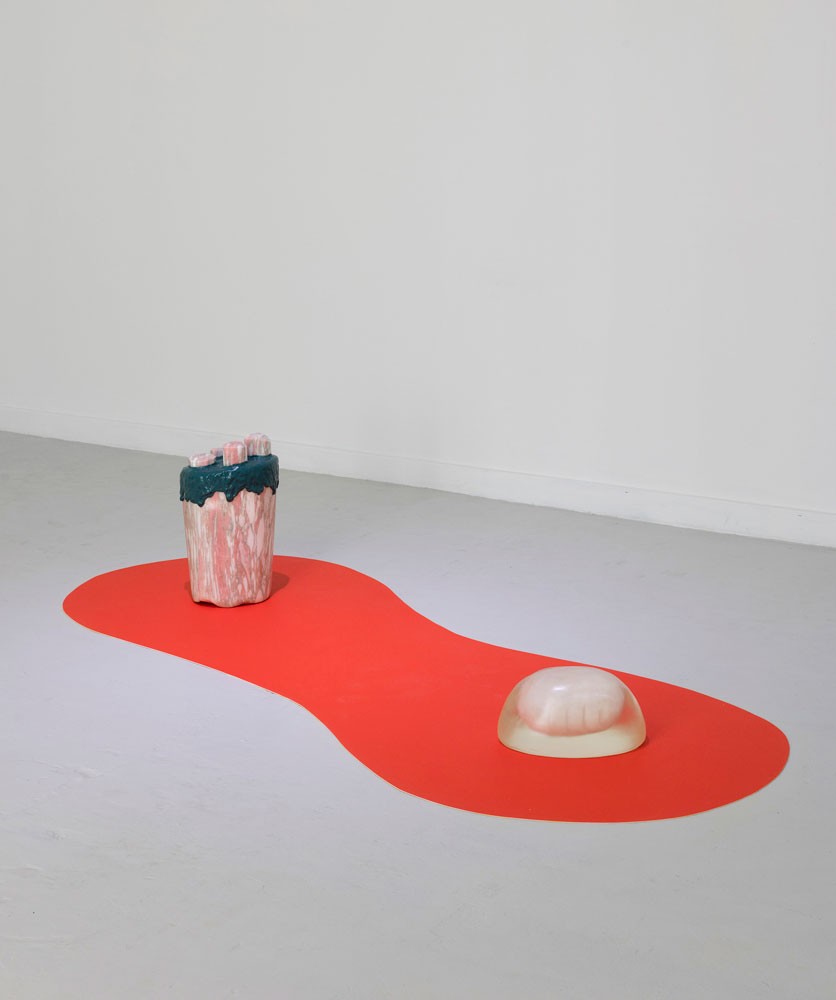 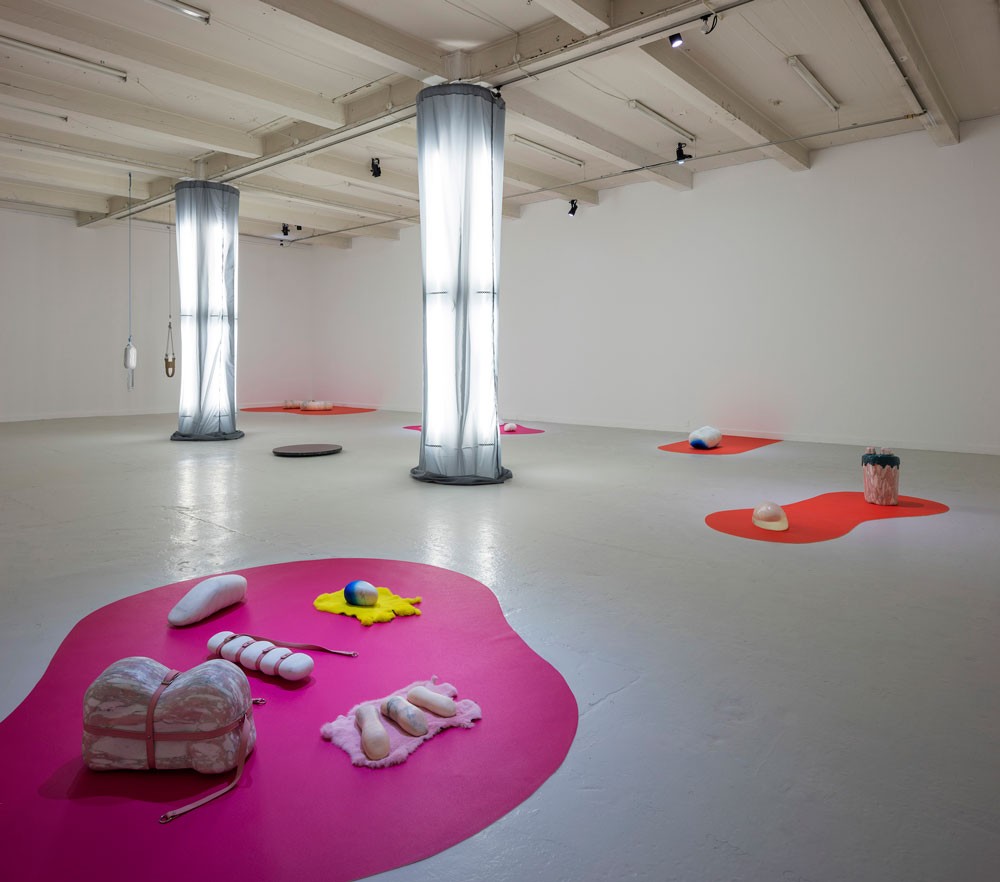 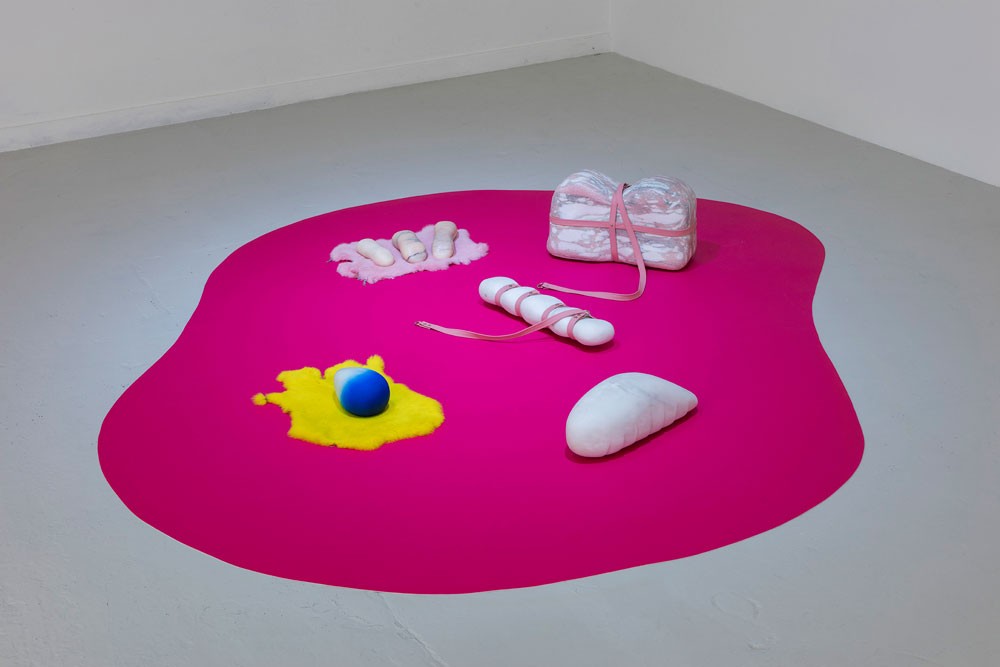 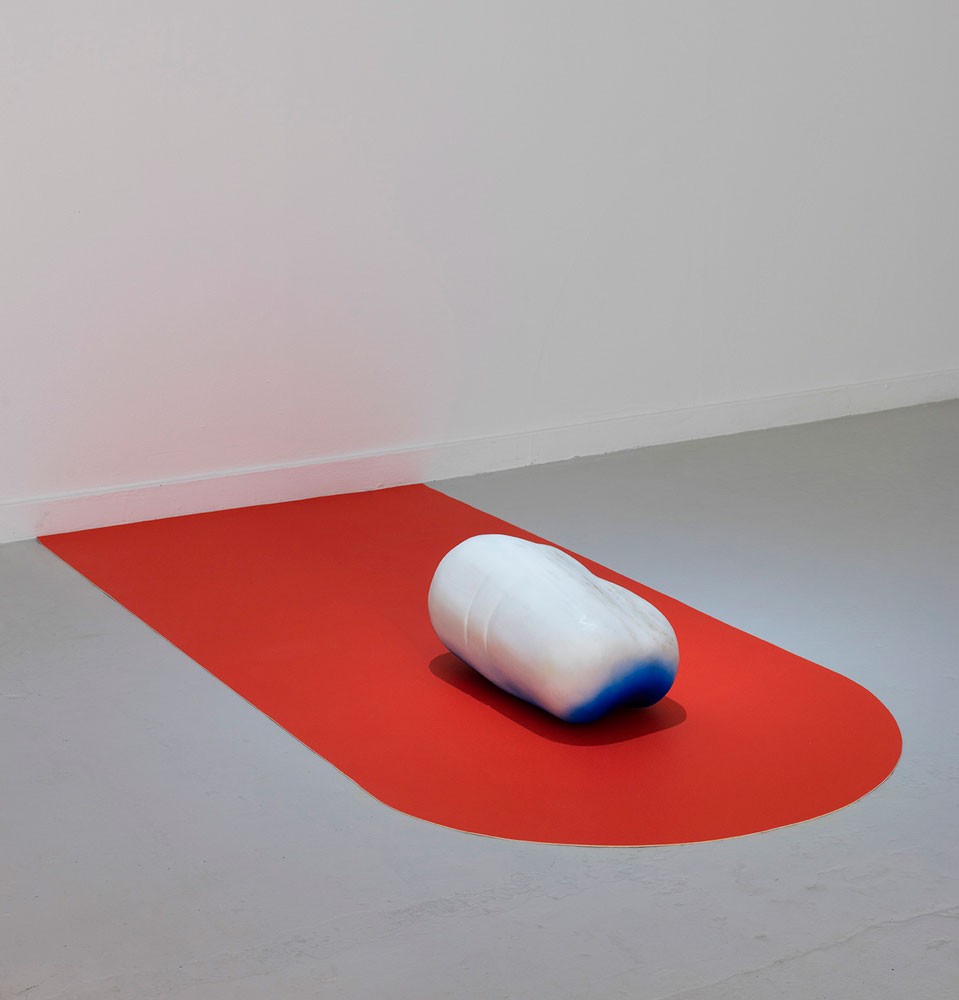 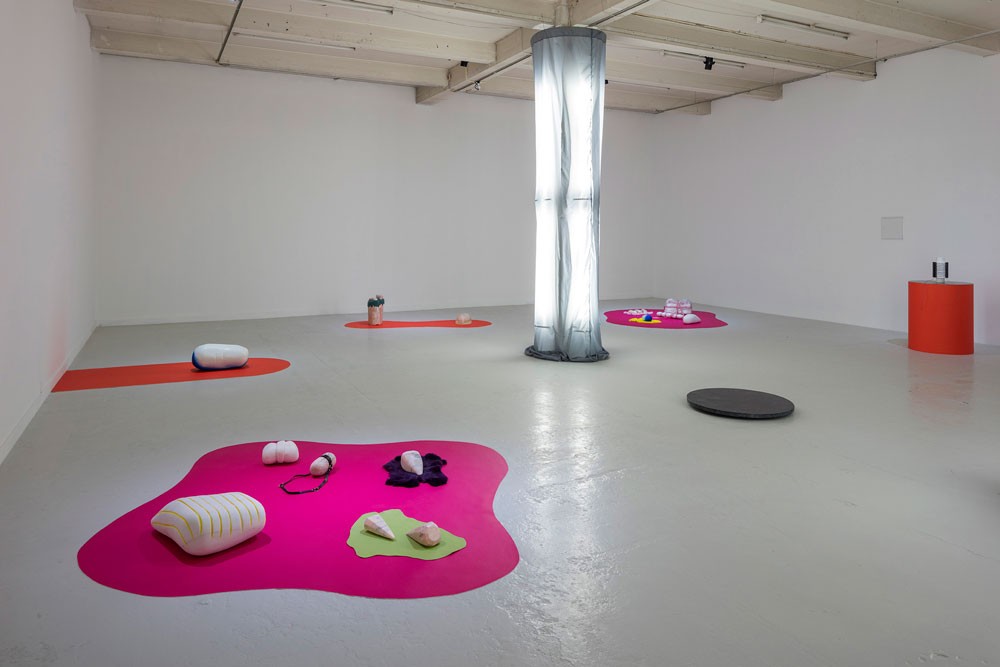 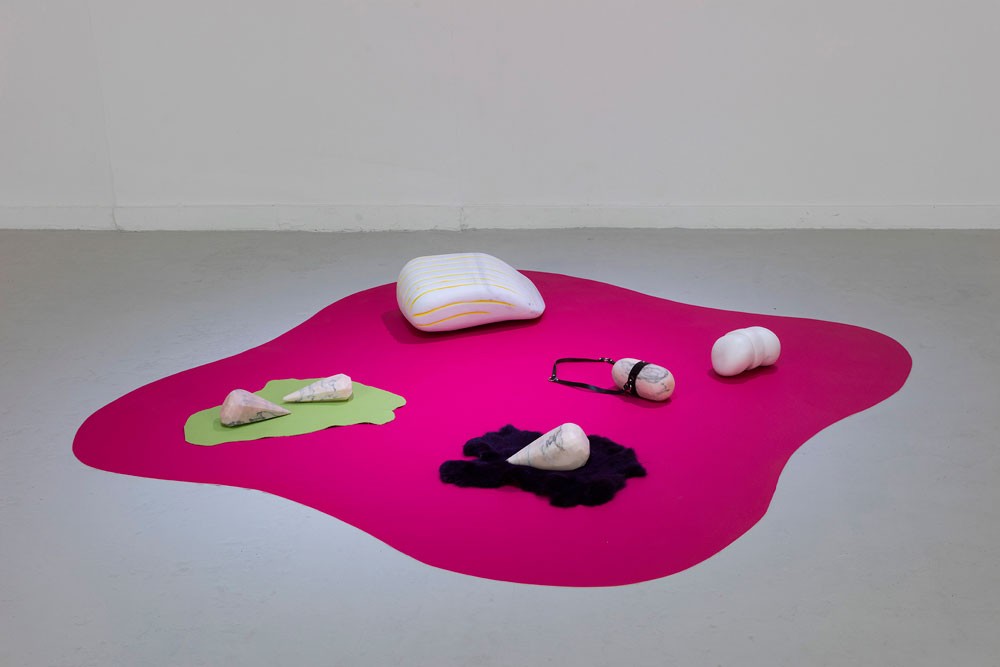 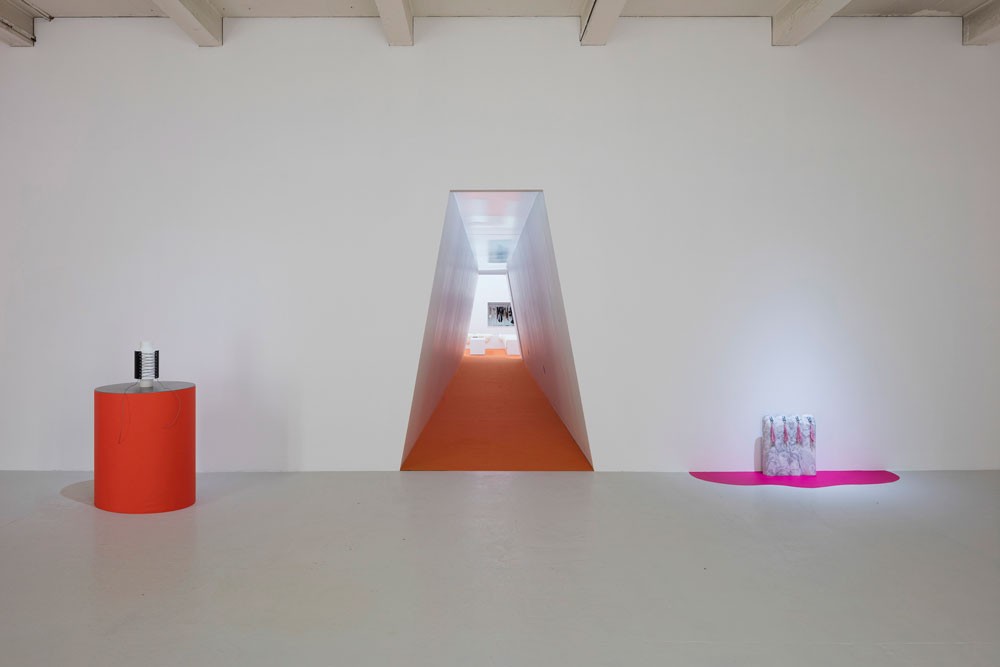 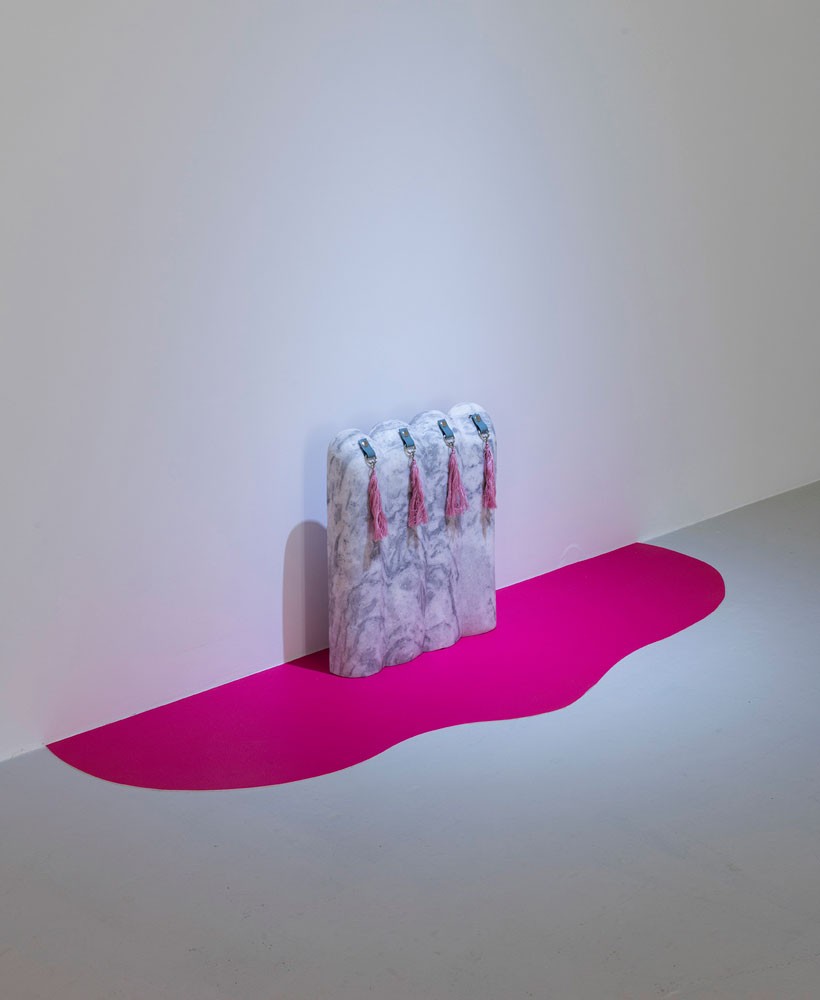